First phase of Zelené Vlčince in Žilina approved for occupancy

Zelené Vlčince I, a residential project in Žilina, has successfully passed an official inspection on schedule and is ready for people that have purchased units to move in. Soon all of them will be handed over to their new owners. The new residential units stand on Pražská Street in Žilina.

“Occupancy of Units A and B in the first stage of the project was approved according to plan and today we can look forward to the most pleasant stage of the project, handing over the new units to the owners that will be moving in,” announced Milan Dubec, CEO of Reinoo, a.s. “But our work and zeal don’t end here, as construction has already started on the second and third phases.”

Two eight-story residential blocks are rising at a popular location with a total 142 apartments with excellent layout, extra large balconies and both outdoor and underground parking. The top floor of both buildings is recessed with two, four and five-room PREMIUM units featuring extensive terraces. Around them, a 140-car parking garage and an additional 60 outdoor parking spaces have so far been built. 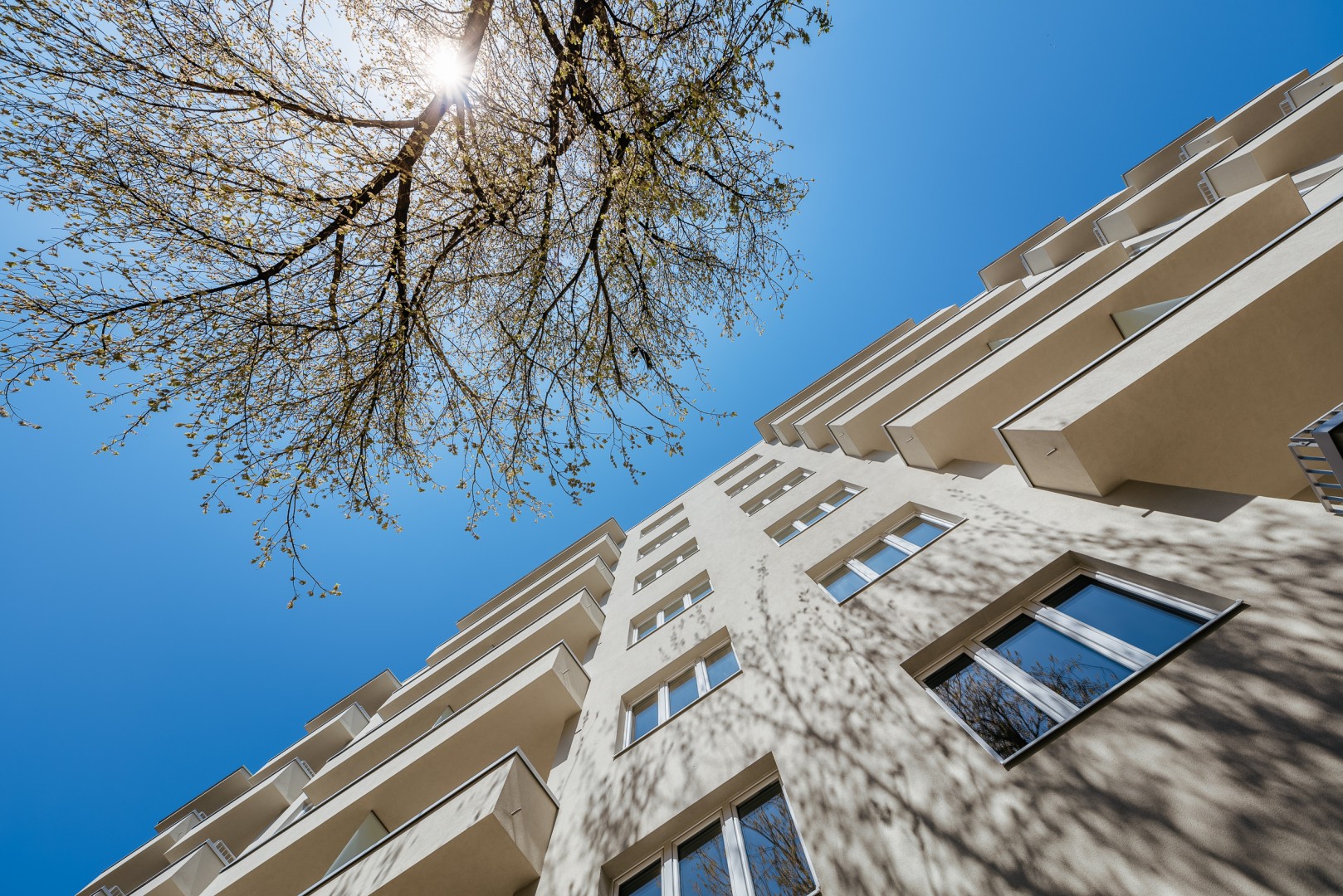 The residential units are situated in Vlčince, the largest neighborhood in Žilina, between Bulharská and Moskovská streets. Emphasis was placed during construction on environmentally friendly solutions and in maintaining green zones.

New trees up to 12 meters high were also planted and both infiltration tanks and recessed containers were installed along with green vegetation roofs that have insulating layers to promote a good microclimate and to keep both the buildings and surrounding area from overheating. These green solutions will be operating from the first day they will be applied and owners of the new apartments will feel their benefits immediately.

Units in blocks E, F and G will be constructed and sold in the third phase.

Zelené Vlčince is bringing to the location:

- More than 60 parking spaces (10 with electric chargers) available for all residents. Stands for “Kia bikes” and electric scooters are also going to be built.

- Children’s playground open to all residents. It will be larger than what was originally planned and complemented by an exercise path for working out.

- More than enough parking spaces to accommodate all residents, with two-thirds to be hidden in basement or underground garages.

On the occasion of today’s International Day against Homophobia, Biphobia and Transphobia, rainbow flags were raised in front of the Poštová 1 Business Center to support the rights of lesbian, gay, bisexual and transgender (LGBT) people. The center is located in the Vlčince neighborhood of Žilina.

An occupancy permit was issued to Reinoo in mid-April of this year for Retro, whose apartments are almost all sold out. The units offered by Retro are on five floors and are composed of one, two and four-room apartments.

On 1 April 2021, Reinoo successfully obtained final occupancy authorization for Rubicon C, whose 44 units spread over eight floors have already been sold out.