The Mládežnícka School’s sports field was reconstructed this past summer. Thanks also go to the City of Púchov, whose cooperation with Rubicon Púchov, a.s., a member of the Reinoo development group from Žilina, led to the successful revitalization of the facility.

Several parts of the sports facility have been restored, including the long-jump track. The current athletic oval has a circumference of 200 meters with three running tracks and each of the three lanes is one meter wide. The surface is tartan, which replaced the original slag.

“The new tartan track is not only functional, but also modern and especially safe for primary school students,” said mayor Katarína Heneková, assessing the facility and noting that emphasis had been placed on creating suitable and long-term sustainable conditions for the development of sports and athletic talent among children and youth. 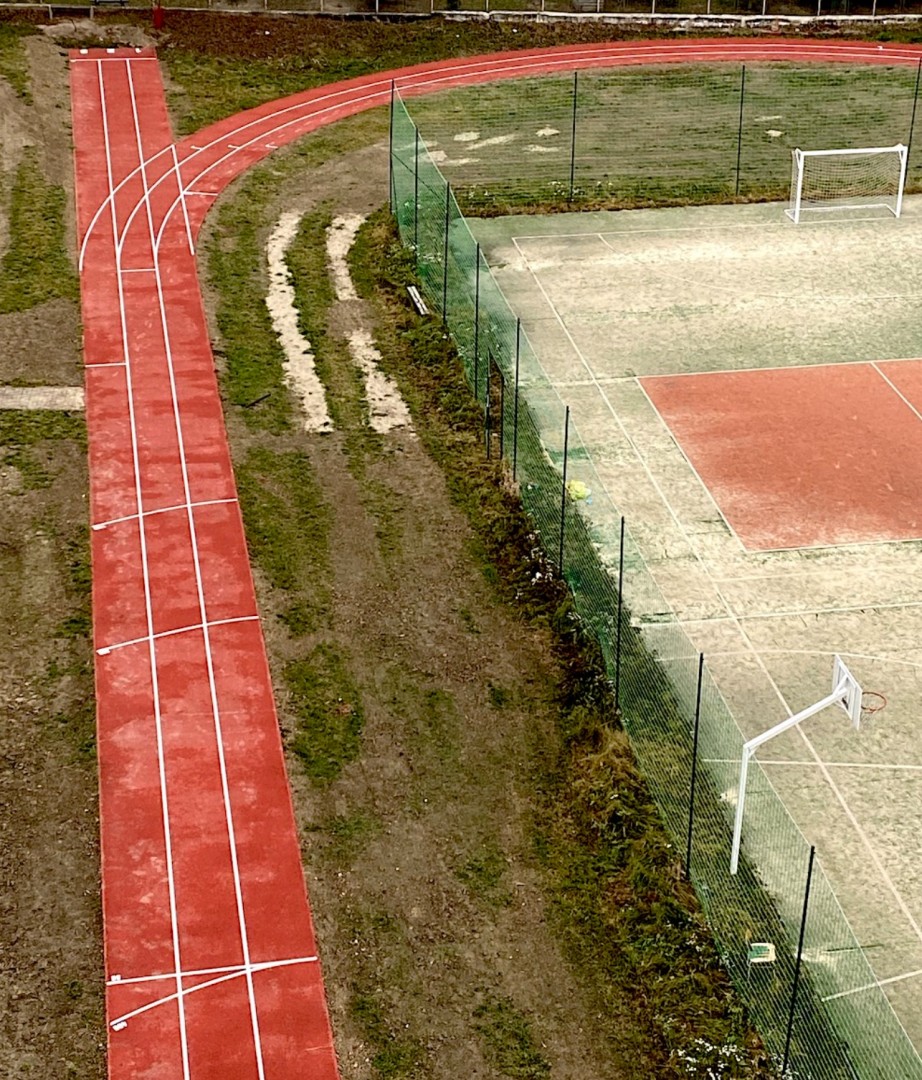 Tomáš Surovčák, head of the design department at Reinoo added to her comments. “I am very pleased that, as a responsible developer, we have been able to contribute to pupils being able to play sports on a revitalized field. I firmly believe that a new world champion or future Olympian will grow up in Púchov because of our efforts.”

The overall appearance of the sports field was completed with final construction and finishing work, which included a new fence between Rubicon Block C and the school, alongside landscaping and the planting of new trees. It now meets current standards and specifications for sports facilities, including requirements for safety and accessibility.

More than 600 pupils at the Mládežnícka primary school have played sports both during physical education classes and at after school activities on the renovated field since the start of the current school year. The school playground is now closing down for the winter. However, all primary school students can look forward in the spring to beautiful greenery throughout the campus.

In Púchov, Reinoo implemented the first phase, Pod Zábrehom I, in 2017-2019. The neighborhood is named after a location situated at the edge of town. Another successfully completed project that received an occupancy permit this year is Rubicon Block C on Dvory Street.

Reinoo is currently building Pod Zábrehom II, the second phase of its largest residential project. Its intention is to integrate new construction into the existing developmental context, reflecting modern architectural trends and simultaneously respecting the atmosphere of this part of the city.

The lack of parking spaces has been a long-term problem at Vlčince. If they were built according to today’s standards, there would be more than 6,000 spots needed to accommodate the current number of apartments. Reinoo is constructing a parking garage for people employed at its office buildings and wants to let Vlčince residents use it outside of working hours for a nominal fee. It is also proposing to the city the construction of a parking garage close enough for people in up to 2,000 residential units to be able to walk to it within five minutes.

Inscribed tables placed along with trees in Zelené Vlčince

Cornerstone laid for construction of the Obchodná office building in Žilina

Ground was broken for the new Obchodná office building in Žilina on Wednesday, 25th August. The developer for this project is Reinoo, a company owned by businessman Milan Dubec. The eight-story building will have more than 13,000 square meters of leasable space and more than 500 parking spaces in an underground and an above-ground garage. Construction should be completed in the second quarter of 2023 at a cost of 18 million euros.